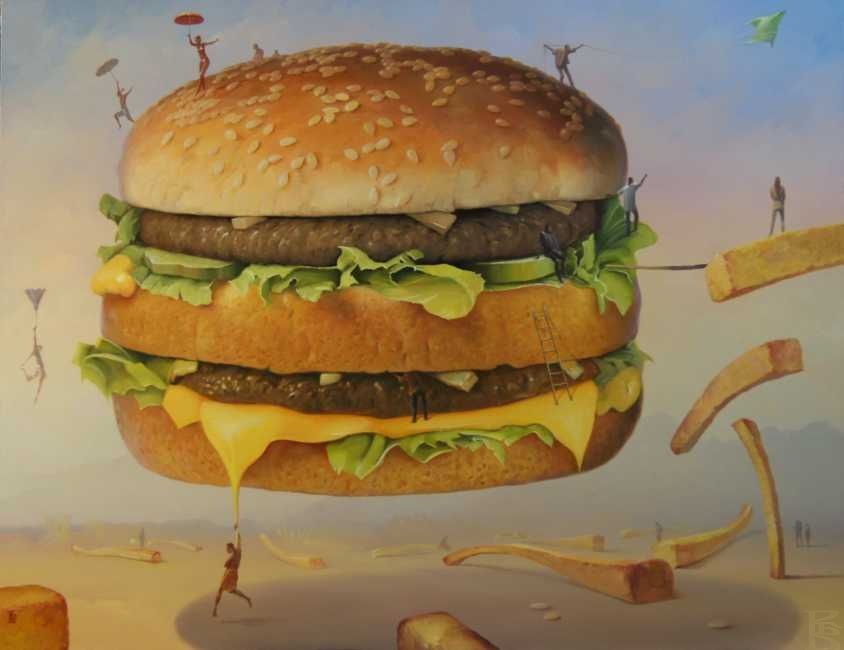 A Big Mac hovering above the Earth is a joke picture. However, it is suggestive and gives rise to some profound thoughts. Having appeared in the last century, McDonald’s with its gigantic mass dominates the human life like an alien intervention. This painting was commissioned by an American millionaire and was painted according to the laws of meta-realism. The feeling of the dominance of the food company over people is conveyed by the imbalance of the scale. The Big Mac is really big, popular with the unpretentious majority and is of great value… It is obeyed by many, as long as there is an appetite.

The order is carried from 3 weeks to 1 month, depending on the complexity + shipping time. Technically it is done in the following way: after making a request you receive our approval and make a down payment (25% of the total price), after which the artist proceeds to work. When the painting is completed, we send a photo of the art work (front and back) which contains the title of the work, date of completion, and the artist’s signature. After receiving the remaining sum, we ship the painting to the address you have provided us. Please note that the cost of the frame is not included in the price.